Looking for a costume that is sure to be a head-turner this Halloween season? Well, search no further as we got you covered with over 50 awesome Halloween costume ideas. We have something for everyone so dive in to find what suits your style the best.

Following are the categories we will be exploring:

The reboot movie Solo wasn’t much of a success but the jacket worn by the lead character was. The brown suede jacket looks quite fetching on Alden Ehrenreich. If you are a Star Wars fan then this is just the costume for you.

This well-beloved character certainly has an iconic style. Harrison Ford’s leather jacket is what turns him into Han Solo. Wear it with a shirt that has a stand-up collar and half button closure to capture the look.

Finn is a newer character to the Star Wars universe yet still admired a lot. If you want to cosplay him for Halloween then a tan leather jacket is what you need. Pair it with black jeans and a t-shirt, boots, and a blaster.

Leia is the all-time hardcore princess and the costume preference for most female Star Wars fans. The white PU leather vest gives Princess Leia her timeless look. You will need gray boots ankle-length boots and white pants to complete the outfit.

BB8 is the most adorable droid of the galaxy. To become him, all you need is a costume helmet and a white tee with robotic designs.

Ready to join the Dark Side? Darth Vader is all for the whole black leather and cape look. And it looks really amazing with the pop of red provided by his lightsaber.

She is the celebrated daughter of Luke Skywalker. Yet her ensemble is as simple as it comes. Bound the loose falls of a white robe with a broad belt. Get yourself a pair of sturdy boots and a canvas bag and you are all set to chart the universe.

This Jedi Master is known throughout the world among his fans. Wear a lightweight tunic and top it off with a long brown robe that is a must for Jinn. Leather boots in either black or brown will do as he keeps changing them.

The stormtroopers are hated and deadly. Yet they still make for a great Halloween costume. The complete stormtrooper uniform looks amazing with its white and black detailing.

When it comes to the coolest Halloween leather costumes, Kylo Ren is on the top. He certainly is your best bet for this season. Leather pants, robe, and a mask complete with a scarf are what you need to capture this dark look.

Star Wars has a whole fascinating line of characters that can be marvelous costume ideas. Obi-Wan Kenobi, Master Yoda, Chewbacca, Luke Skywalker are some of the most prominent ones you can imitate.

There are tons of costumes that you can choose when it comes to the Avengers franchise. Go for the hot new look of the Captain or even Thanos himself.

An incredible part of Infinity Wars is an array of phenomenal costumes. From the basic black yet svelte look of the Black Widow to the vibrancy of Doctor Strange, there are endless options. Choose any that strikes your fancy.

The Star Lord’s outfit and his accessories have earned him much fame in both Infinity War and GOTG. The ensemble contains a jacket, broad belt, quad blaster, and a mask.

Spidey has been our childhood favorite and still hasn’t lost his appeal among the current generation. He is a great choice of costume for adults and children alike. The blue and red will surely make you stand out in the Halloween crowd.

It would be a sin to leave out the iconic look of Harley when we speak of comic-inspired costumes. She has a great variety of outfits to choose from. You can stay true to her original bodysuit from the comics. Or choose one from the spunky wardrobe that is featured in Suicide Squad and Birds of Prey.

The Captain’s blue leather jacket can be dressed down or up as you please. You can either go with a complete superhero costume or just create an inspired look.

There is no denying that Deadpool is the most entertaining of superhero characters. His red and black costume with gloves, mask, and sword backpack make a stunning combination.

Who can be better at channeling the scary vibes of Halloween than Venom? This symbiote bonded with a human is sure to cause jump scares when you step out. So, get going and copy this futuristic alien makeover.

The character that is likely to be impersonated most this Halloween is Wonder Woman. She is all about women empowerment and her lasso of truth throttles honesty out of anyone. What more can you ask for?

In itself, this character has a good number of versions that you can dress up. Go for the classic Heath Ledger, make a bolder choice by choosing the anime Joker or Jared Leto’s rendition. This arch-nemesis of Batman has something for everyone.

Jason is certainly not a stranger to Halloween. This dead guy has had several variations but his look in the movie is most popular. All you need is a hockey mask, an army green oversized jacket, and a basic coverall. Don’t forget a blood-stained machete.

Freddy is the star if Nightmare at Elm Street. His favorite past time is killing high-school kids by appearing in their dreams. Perfect to put you in the Halloween groove, right? Just find a ripped-up sweater, ringspun pants, and the iconic Freddy Krueger black hat. You will need a mask to copy that scary face of his and long-nailed gloves.

This man has been haunting generations of Halloween parties. Don’t forget to be as silent as he is while he assassinates everyone on the block. A Mike Myers mask, knife, and coveralls over a white t-shirt is all you need.

He is the most ruthless of killers we have yet come across in a movie. If you want to walk straight out of the Texas Chainsaw Massacre you will first need Leatherface’s mask. Don it with a butcher’s apron, long-sleeved western shirt, and pants. The chainsaw is a must-have to complete the look.

These are the best costumes on our list that are not even that difficult to put together. But it doesn’t end here! Read ahead for more creative ideas. We have everything from Halloween superstars jackets to hot dresses and much more. 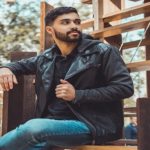 10 Amazing Cosplay Jackets for Your Comic-Con

Tips to Get the Best Black Friday Deals for Leather Jackets 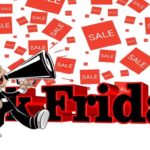 Every Coat We Need to Discuss From “Emily in Paris” 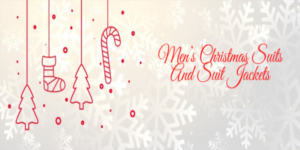